What Are the Differences Between Night Vision and Thermal Imaging 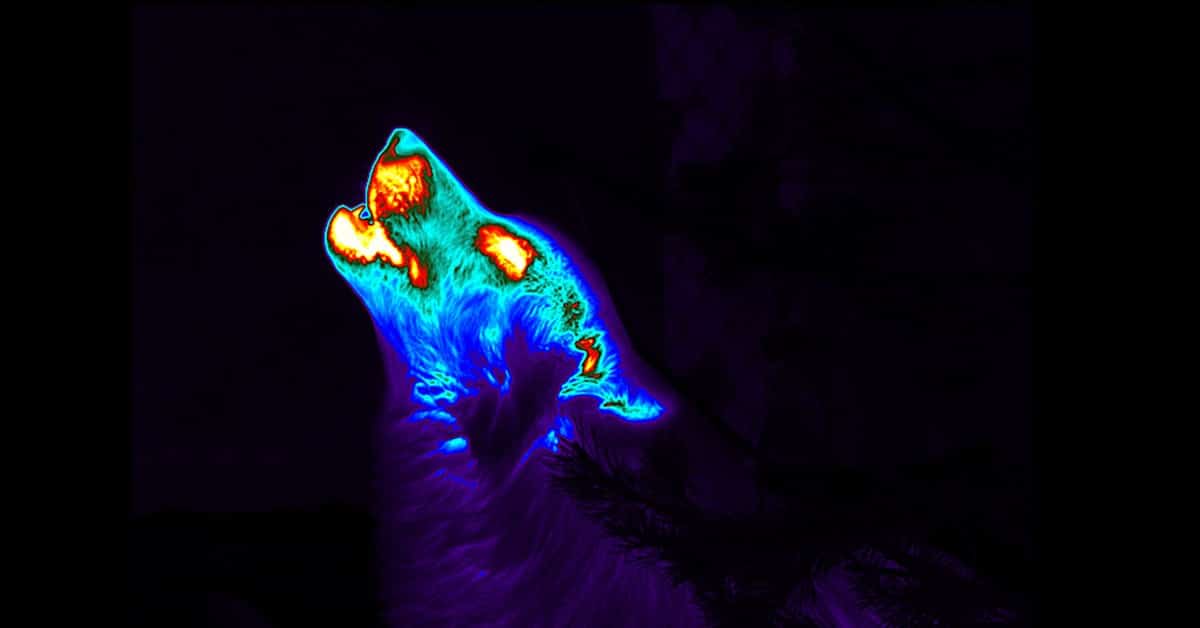 So you want the most effective gadget to see through the darkness?

In that case, the comparison between thermal imaging vs night vision is the first that you need to check out.

While both these technologies are efficient to see in the dark, they differ significantly in terms of technology, capability, and price. And as expected, each has its own set of pros and cons.

Besides, when you want a military-grade tech, you need to consider the price too.

That’s why having a clear idea about this technology is necessary before you make a choice.

This is an in-depth discussion on night vision vs thermal imaging, to help you make the right decision.

Let’s get down to business.

What is Night Vision Technology?

Surely you have seen spy movies where night vision is being used to detect enemies on moonless nights.

These are the oldest night vision technology that was introduced in the 1950s. They are suited for shorter ranges in half moon conditions and are rated for around 1000 hours of use. Their tubes usually contain some imperfections and are best used with infrared Illuminators.

These devices are more advanced and have a life expectancy between 2500 to 5000 hours. These devices had Micro-Channel Plate (MCP) in them that resulted in clearer and brighter images in dark conditions. However, all 2nd generation devices aren’t rated the same and can be classified from entry-level to high-end.

They offer the best image quality and performance. Also, they are the priciest. The life expectancy of these tubes is usually between 7500 to 10000 hours. They are mostly used by the military and law enforcement.

The question is- how do they work?

Older versions of night vision equipment use an optical lens and a special electronic vacuum tube. The device captures and amplifies the ambient visible and infrared light reflected from the surroundings.

An objective lens captures the visible light and some wavelengths from the near-infrared spectrum. The captured photons pass into an image intensifier tube powered by small AA or N-cell batteries.

The first lens in the system, called the objective lens, captures the dim visible light reflected from the subject and some light from the low end of the infrared spectrum. This light, like all light, is comprised of small particles called photons.

Here, the photons are converted into electrons which flow into the microchannel plate. This plate acts as a photomultiplier and multiplies the number of electrons, resulting in the amplification of the electric signal.

Once the photons are converted into electrons, all color information is lost and we get black and white images.

Finally, the electrons hit a phosphor-coated screen generating a green image that’s much brighter. The user views the image through an ocular lens that can be used for focusing or magnifying.

Why is the image green in color?

Well, the green phosphor screen is used for the luminance effect as green is the best color the human eye can distinguish in the dark.

With digital technology, night vision devices have become smaller and lighter. As a result, they have become more versatile. Moreover, images can be viewed from a remote location or stored on an SD card with these devices.

In this case, the ambient light entering the objective lens is converted into a digital signal through a complementary metal-oxide-semiconductor (CMOS) sensor. This signal is enhanced and magnified and finally viewed on an LCD screen.

Actually, the quality of the final image depends on the size of the CMOS sensor. The high-end devices of the current generation can even produce color images instead of the traditional images with an eerie green glow.

Night vision has been used extensively in various fields due to its versatility and durability. Here are a few common uses.

What is Thermal imaging?

A big difference between thermal imaging vs night vision is the difference in technology.

But before taking a look at the technology used for thermal imaging let’s take a quick look at the spectrum of infrared light.

The infrared spectrum lies just beside the visible light spectrum. The infrared waveband can be further classified into four categories.

Thermal cameras usually make use of the LWIR category.

These devices use infrared scanners that detect heat signatures released by all objects and their surroundings. That allows thermal devices to capture images in complete darkness, without needing any ambient light.

Next, these heat signatures are converted into an image where higher temperatures are marked with a brighter color.

How does that function?

A special lens focuses the incoming infrared light which gets scanned by infrared-detector elements or a sensor array. The thousands of pixels in the sensor convert the infrared energy into a color map or a thermogram.

Then the signal-processing unit uses the information on the thermogram and converts them into electric impulses. Thus the data for display is generated from the captured information. Finally, each temperature is assigned a specific color and is generated as an image on the screen.

The final output and the color range will depend on the intensity of the infrared radiation and the device’s sensitivity.

This factor is a measure of the image quality when you increase the contrast levels. It varies with the object temperature. A camera with better sensitivity will detect better in an environment with low temperatures with poor thermal contrast. It is expressed in terms of milli-Kelvin (mK).

The cheaper models come with 100 mK sensitivity, whereas the high-end thermal cameras offer around 50mK sensitivity. So you need to pick a camera that’ll be suitable for the temperature range you need.

This is the capability of the thermal sensor to distinguish between tiny temperature differences. The lower the value of NETD of a device, the higher the thermal sensitivity and the image quality. NETD depends on the internal stabilization of the camera and also on the f-stop of the lens.

Since thermal technology is more expensive, the resolution of thermal cameras is lower than standard digital cameras. The higher the resolution, the better is the image quality. There are three common resolution types.

One major use of thermal imaging is in the military, to detect enemy positions and resources on the ground. Let’s take a look at some of the other common uses.

What to Choose for Seeing at Night?

Let me say this straight. Considering all the features, thermal imaging is the best choice when you need a 24-hour imaging option without depending on ambient light.

That said, you can’t rule out night vision as there are many other factors involved as well.

One important factor is your budget. Thermal imaging still is a costly technology while night vision is more affordable. However, it also depends on the features that you want. If you want live-view, built-in wi-fi capabilities, or zoom-in features in a rifle scope, you have to pay more.

Next, you also need to consider the purpose of use. For inspection, detection, and seeing through bushes and crops, thermal is a good choice. However, if you want a detailed and natural image, night vision is a better option.

The other thing is night vision devices are usually more lighter and durable. But many modern thermal devices and equally sturdy and durable.

When it comes to night vision vs thermal for hunting, there are a few things to consider.

For locating your prey in heavily wooded areas and through thick brush, thermal devices work well. Night vision is best for detecting coyotes in wide-open areas with less foliage.

However, night vision doesn’t work well when the prey is standing still or through the fog. On the other hand, when you want the image to have more details for proper shot placement, thermal devices aren’t the best option.

Also, thermal imaging isn’t good for image identification in some cases. For example, distinguishing between a coyote and a domestic dog can be difficult through a thermal device.

On the whole, night vision works great for coyote hunters on a budget.

Will Night Vision pick up infrared?

Absolutely. That’s why they are used with infrared illuminators

What is the difference between infrared and thermal?

As mentioned, most thermal devices work in the long-wavelength IR energy belt. But active IR systems used for illumination work within the short IR energy belt.

Can thermal vision see through walls?

They can detect the heat given out by the wall itself. But you can’t see what is behind as the wall absorbs infrared waves.

Why does thermal imaging work better at night?

The fact is, thermal energy works better in completely dark environments as they detect heat, without depending on ambient light.

As you can see, there’s no clear-cut winner when it comes to thermal vs night vision. Both technologies have their advantages and disadvantages. Also, the choice depends on the type of use, environment, and budget.

Thermal imaging is great for a variety of purposes. But even though night vision is an older technology it still has plenty of advantages.

Now that you know all the details about night vision vs thermal vision, it’ll be easier for you to make the right choice.

Time for you to take the next step.