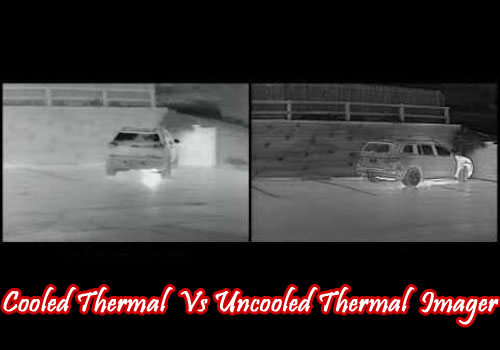 The thermal imaging cameras are usually designed with the capability of high-speed motion required for measuring the target option in a more precise manner. This noninvasive powerful thermal imaging tool helps to estimate the repair caused by the targeted objects.

The camera imager which does not make use of the cryogenic cooler is referred as the uncooled thermal image such that the design of the uncooled thermal imager is based on the microbolometer. The microbolometer is one of the tiny structured vanadium oxide resistors which constitute the silicon element on large temperature coefficient measures so that it acts as a good thermal insulator and low heat thermal isolator.

The incident temperature over the bolometer tends to affect its temperature which is transferred to electrical signals that are further processed to form an image. The sensors inbuilt in this uncooled thermal imager function only over the long wave infrared band in which most of the targeted terrestrial temperature is emitted by the infrared energy.

The cooled thermal imager includes the thermal contrast of high range which is used to determine the differentiation of objects to that of its background to estimate the hot spot and cool spot of the targeted image. It is designed to overview the long wave infrared and mid-wave infrared band of the spectrum imaging.

Surveillance-These two long ranging thermal imagers are perfect over the surveillance of the borders and properties over the large environmental space.

These are the most common differences between both the detector types. Purchase the one according to your necessities.