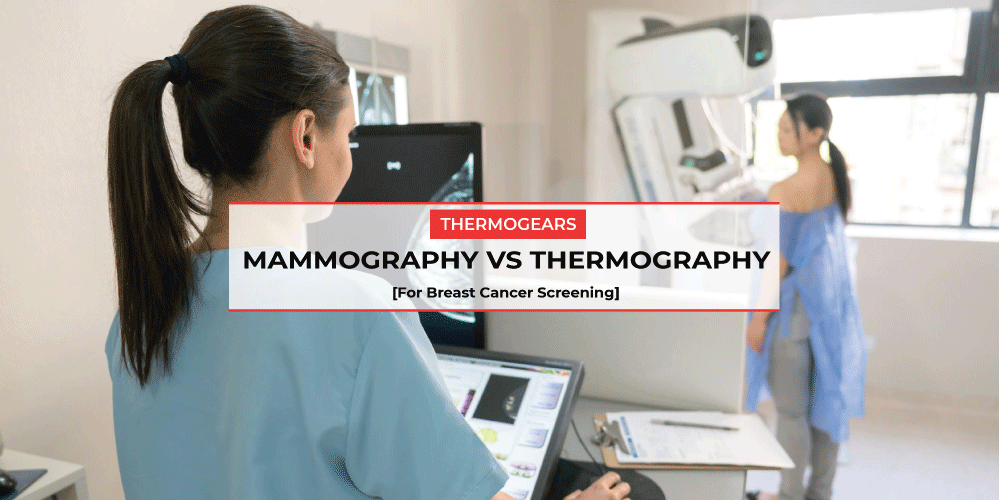 One way for you to detect breast cancer before you even notice physical symptoms is to go through breast cancer screening. Early detection of Breast Cancer prevents you from going into aggressive and intensive treatments while promising a better outcome.

Mammography or a mammogram is another variant of an X-Ray where the breasts are sandwiched between two metal plates, and then taking an image of the breast tissue.

The image then shows if there’s an anomaly, unusual growth, or mass in the breast tissue that may need some further investigation.

Mammography is the most commonly used method to screen for breast cancer, and the information that the doctors can gain from it is lifesaving. Doctors and researchers alike suggest that you undergo screening every 2 years over 20 years.

But it doesn’t come with any risk if you undergo regular testing; it means that you are exposing your body to low levels of radiation, which slightly increases your risk of getting cancer.

Mammography is the most accurate way of screening breast cancer, but it isn’t immune to false positives. Mammograms can reveal changes that aren’t cancerous, and would often lead patients to get short-term anxiety, further testing, and unnecessary treatments.

You’ll also be uncomfortable during the screening process as your breasts are compressed. That’s why it’s not advised to undergo mammography if you are pregnant or having your period as breasts tend to be tender during those times.

Breast thermography is a thermal imagining of your breasts. This method is solely based on the fact that patients with breast cancer have a slightly elevated break skin temperature. That’s because there may be excessive growth of blood vessels and inflamed breast tissues if there’s any cancerous growth.

So why do some women prefer Thermography over Mammography?

Many women prefer thermography over mammography because it’s a painless process and it doesn’t involve any radiation.

Unlike mammography, thermography can detect any anomalies inside the breasts even with implants or thick breast tissues.

The information that a Thermography provides is severely lacking compared to what you get from a Mammogram. It’ll show changes that aren’t necessarily cancerous, leading you to get a mammogram to clarify the results.

Research back in 2012 shows that Thermography has provided an alarming rate of false-positives, prompting authorities to take action in encouraging the public to get Mammography instead of Thermography.

Although Thermography has its advantages, for any breast cancer-related concerns, Mammography should be your first option. Although it can be uncomfortable, it’s the most accurate out of the two, and can provide you with a more consistent diagnosis.