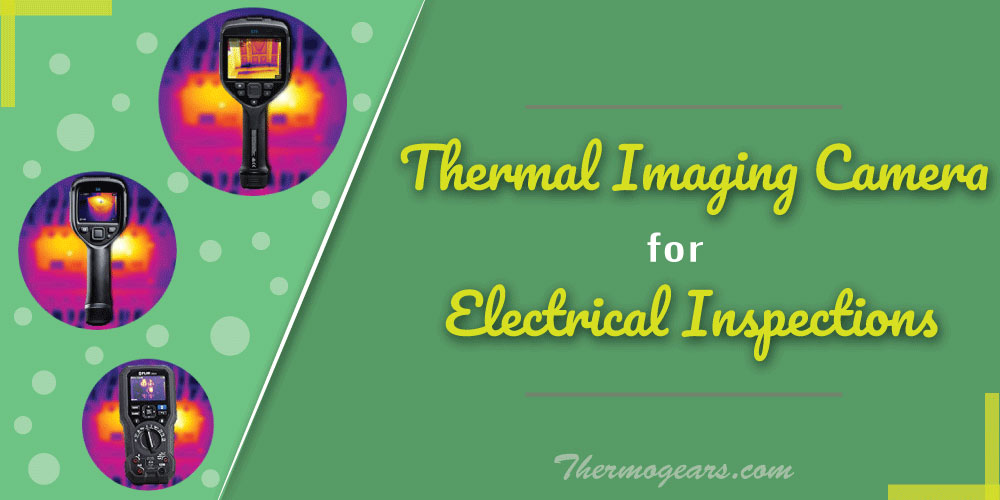 Thermal imaging cameras help to inspect small electrical issues before they develop the huge problems that can lead to thousands of dollars of loss to the company.

The common uses of thermal imaging in electrical inspections are checking to lose connections in breaker boxes, overloading in wires and fuses, tracking turbines, engines and other heat-related equipment that work around the clock.

If the device develops more heat, then it was not fixed correctly or the cooling unit of the device is not working properly. You cannot see these potential temperature leaks with the naked eye so that thermal cameras come in the field.

The high-end thermal cameras that can detect the small changes in temperature and high amount of temperature leaks are required in the electrical inspection as the issues may cause more loss.

As a professional electrical inspector, you should have built-in reporting tools to speed up the inspection process and save the overall time.

The thermal camera with the interchangeable lens can improve the accuracy of details. This saves the overall cost spending as you can use one thermal camera for all the needs of swiping lenses.

The onboard features in the thermal camera assist you in addressing the potential heat issue and help you to find the root cause so that you can resolve the problem quickly without affecting the other sections.

The E75 from FLIR who is one of the leading manufacturers in thermal and night vision industry. 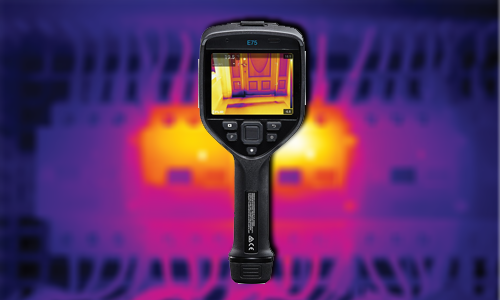 About image enhancements in this thermal camera, it has FLIR’s popular MSX technology which allows the overlaying of visual light images with the thermal images to provide the detailed photo of critical temperature details and to show the hotspots.

The report generation tool in this E75 thermal camera allows the user to generate a custom report with the audio using the built-in microphone.

The laser range finder in the E75 thermal camera helps the user to measure distance accurately and thus fastens the temperature readings and autofocusing. It has a 4” IPS touch screen display with 160 degrees angle which allows co-workers to see the reading easily.

If you felt E75 is high for your budget and needs, then this FLIR E6 is the best value thermal imaging camera.

In case, you don’t need a thermal camera with interchangeable lens and higher resolution, you can’t go wrong with E6 thermal camera. 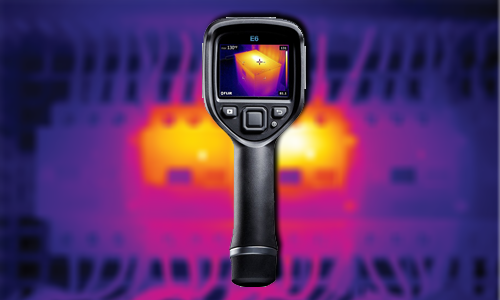 It has the IR sensor with the resolution of about 160 x 120 pixels and the temperature measurement points for this device is 19,200.

The shock-resistant construction of this thermal camera makes it perfect for any small or high electrical companies or industries. It has the easily accessible on-screen controls and ergonomic buttons which make it easier for one-hand operation.

Thermal camera stores the thermal, visual, and MSX enhanced images with just a single trigger. The saved images are in Radiometric JPEG format which has all the temperature details for further inspection.

The picture-in-picture feature in this thermal camera allows overlaying the selected part of the thermal image onto the visible light digital photo. this clarifies the issues locations and provides more detailed documentation at the end of the inspection.

FLIR DM284 is the best all-in-one inspection device and one of the cheap thermal camera that detects the electrical issues quickly.

Technically, FLIR DM284 is a fully-developed digital multi-meter that has the thermal imaging camera with the IR sensor of resolution 160 x 120 pixels. 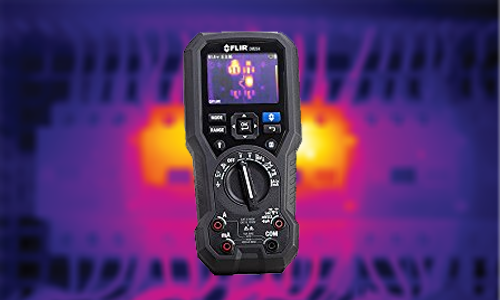 This thermal camera is powered by IGM (Infrared Guided Measurement) help you in spotting the heat issues and then the multi-meter will detect on the spot.

This FLIR DM284 has not higher resolution and it can’t generate custom reports or store thermal images, the only purpose of this thermal camera is to spot the overheating or heat leakage in electrical units.

However, it has few added thermal features which make it great for electricians and building contractors who can’t carry around a thermal camera and multi-meter separately.

This thermal camera has 3 different color pallet options for both a laser pointer and the display.

It has all the features that a high-quality digital multimeter should have. It allows the user to overlay the thermal image with multi-meter information to indicate the exact issues to the others such as your customers or co-workers.

How Does Infrared Find Electrical Problems

The increased resistance and temperature are the two reasons why most electrical components failed. Thermal imaging camera detects this excessive or abnormal heat emission. Because most of the time, the components builds up more heat before they spoiled. Thermal imaging inspection is the recommended resolving technology to detect these issues earlier in electrical panels.

Georg Simon Ohm (16 March 1789 – 6 July 1854), a German physicist who proved the voltage applied across the conductor is directly proportional to the output electric-current that is now known as “Ohm’s Law”.

Ohm found that at a given current when the resistance of component increases it will consume more power and its temperature will increase.

Thermal imagers in today’s market have rugged construction with ease of use and available for everyone. The affordable price of these cameras made them the absolute solution for regular electrical maintenance.

To use it, a professional electrician or technician faces the thermal imaging camera at the electrical unit and scans the area for the unexpected hotspots. The camera provides the live image of emitted heat from the unit. Trigger the camera to capture the thermal image. After the inspection is over, upload the captured images on a computer for deep analysis and reporting.

Already the thermal cameras are easy to handle, the qualified electricians use the device effectively as they understand the electrical measurement and the electrical units which are inspected. Below are three important points in an inspection.

In order to inspect the issues using a thermal camera, the electrical unit which is under inspection must below 40% of the nominal load. Units with maximum loading are perfect.

The safety standards of electrical measurement are still applicable under NFPA 70E. Personal Protective Equipment (PPE) is required when working in live electrical compounds. The equipment includes varies based on the situation and the spot energy level. Some of the protective equipments are,

Emissivity measures how much an object radiates infrared energy. Different objects radiated heat energy in different ways. Every individual object has its own rate of emissivity which is ranged between the scale of 0 and 1.0. The higher the emissivity, the accurate temperature will be received on a thermal camera.

The objects with high emissivity level are not very reflective and vice versa. If you are not careful about the emissivity, this may confuse and lead incorrect analysis.

The purpose of most of the electrical inspections process is about quality where you don’t need particular temperature measurement instead have to check for the hotter components under the same loading.

If the inspection is to check breaker issues or the loading issues, here’s what you have to check.

Once you have repaired all the issues, just take another thermal image. Check whether the hotspot you found on the previous thermal scan was gone away in the current thermal image.

Scan all the electrical units and high load connection panels such as controls, drives, and more. Follow the circuits and components where you received abnormal heat radiation and inspect the related loads and connections.

Side by side compare and check all three phases for temperature fluctuation. Unusually cooling circuit or connections indicate the issues. If the phases are heavily loaded, they will appear warmer. The overloaded conductors will be hot.

But, an overload, a bad connection, and unbalanced load may show similar heat pattern. So have to observe the electrical measurement to solve the problem.

You can find the loose or over tightened, and corroded connections by looking for the connection that has high-temperature fluctuations than related connections under the same power.

Normally, the connection associated hotspots appear warmer, cooling with distance from the spot.

Sometimes, a cold connection can also defective because of the power passed away from the high resistance connection.

With thermal imaging camera, can find the undersized or broken wires and problematic insulation.

If the battery has increased resistance, then it should need the replacement. For any battery banks, thermal imaging is an effective way to conduct a quality check for the system.

Thermal imaging camera shows the temperature rise or changes in each battery, terminal block, and connector.

You can check the fuse, distribution panels, and interconnect cable using thermal imaging.

If it is about what is the best preventative maintenance on electrical panels, then it is difficult to defeat the Non-contact thermal imaging inspection.

If you spot the temperature change in the thermal scan of fuse, it may near current capacity. But only hotspots are not the problem. A failed fuse would be cooler than the possible temperature.

In order to check an MCC under load should open every compartment and compare the corresponding temperature of the important components such controllers, starters, bus bars, fuses, contactors, breakers, relays, feeders, transformers, and disconnections.

Include the above guidelines for evaluating fuses, connections and phase imbalance.

Use the guidelines above for phase imbalances and connections. The cooling tubes should be warm. If any of the one or more tubes are relatively cool, then there are chances that oil flow may be blocked.

Like an electric motor, a transformer also has the least operating temperature that indicates the maximum allowable temperature rise above ambient 40 degrees Celsius.

Even a small 10 degrees Celsius above the relative operating temperature mentioned in the nameplate reduce the lifespan of the transformer by 50%.

How to Pick the Right Thermal Imaging Camera for Electrical Inspection

Thermal imaging camera for electrical inspection should have high-temperature sensitivity to spot even small differences in temperature and fluctuations.

Any small temperature builds up in circuits or any electric units might be the reason for the loss of cost and revenue.

For electrical inspections, a thermal camera with wide temperature range is what you need the most. So you can spot the temperature difference from long distance and between distinct surfaces.

If you are a professional building inspector or electrician or owner of a company who needs a thermal camera for part of your work, then you have to choose the camera with high sensor resolution. So that you can receive the clear images during the inspections which you will compare with issues rectified images to ensure that heat loss or gain is completely addressed.

The National Fire Protection Association (NFPA) recommends that every commercial and industrial building in the United States should have a Thermal scanning or survey at least once a year. It shows how much thermal imaging and its device help to reduce the loss due to electrical problems.

Even new electrical components can also be defective and reason for overall electrical panel failure. So the regular or daily electrical maintenance for home and industries is inevitable. 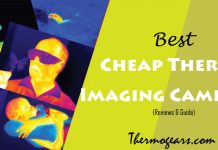 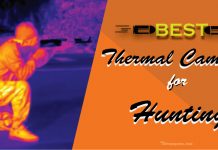 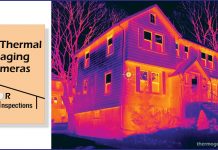 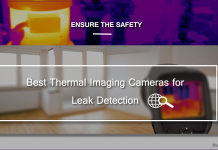 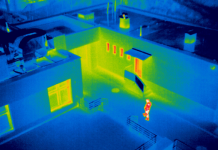