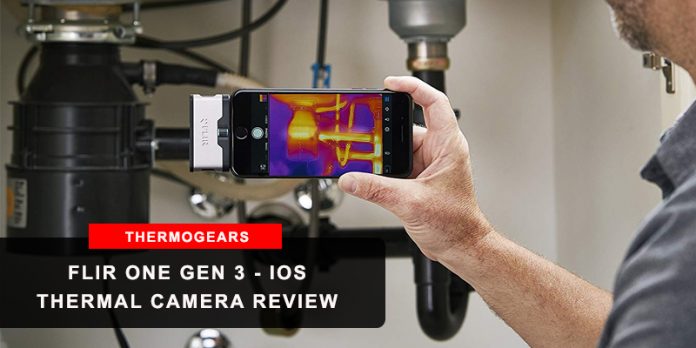 Thermal imaging cameras are extensively used in several areas. They are mainly used to identify sources of problems such as severe heat, leaks, and moisture diffusion. These great devices can be used to verify and evaluate the integrity of the primary structures. You can easily use them for troubleshooting purposes and more.

A thermal imaging camera is a beneficial device to help you detect a lot of problems in your vehicle. The main purpose of this device is the cameras that allow them to take pictures based on the infrared radiation emitted by a thing or body. These cameras use a special technique called thermal imaging, which enables capturing objects that cannot be seen by the naked eye.

Many manufacturing companies have grown up with innovative, affordable, and user-friendly thermal imaging cameras.

FLIR has been developing modern thermal imaging cameras since 1978, offering them to civilians and militaries around the world to improve or provide new insight to maintain continuous conflict cases.

FLIR One Gen 3 is designed to help you look deeper into impenetrable spaces such as walls and through the pitch-black darkness of night. 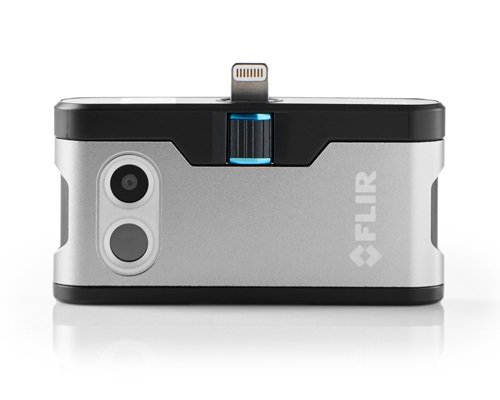 If you want a thermal imager that is easy to carry around and much more mobile when it comes to operation, the FLIR ONE is best for you.

FLIR One gen 3 works through the free Flir app for smartphones and iOS. After the FLIR one plugged into your phone, the app opens quickly to expose an image of whatever you aim the camera at. It shows a variety of orange and purple stains that are vaguely consistent with the exterior of the objects in view.

The FLIR One looks at the world with the MSX technology of Flir. Because the thermal core comes with low-resolution so, the software combines the thermal patterns it takes with the image of a nearby camera, to better define where the sources of heat and cold may be based on the definition of these visible objects.

This device’s camera is built around a lepton imaging core, with a resolution of 80 to 60 pixels. It provides smooth videos that are easy to pin down to the right information before calling a professional if needed.

Highlights of FLIR ONE Gen 3:

MSX Technology adds visible spectrum definition to IR images by detecting the edges of objects. The text becomes visible so that you can read a label or identifier within the IR image. This exclusive function provides extraordinary thermal detail that instantly highlights and orients problem locations and eliminates the need to refer back to a visual image for detail.

MSX Technology adds an obvious spectrum to IR images by tracking the sides of targets. The text is apparent to understand a label or identifier within the IR image. This particular function gives excellent thermal features that quickly highlight and explain problem locations and reduce the need to recapture an optical image for specific details.

Even in complete darkness, users can observe slight temperature variations with the lens of FLIR One. The dime-sized lepton camera of FLIR, with its long-wave infrared sensor, transforms heat into color images, allowing for better viewing even at fine temperatures.

And, it can be critical for detecting leaks, looking at prowlers, or finding a lost pet in the dark even through fog and smoke. It detects small temperature differences of 0.18 degrees F (0.1 degrees C).

Another improvement of this third-generation FLIR ONE is OneFit Adjustable Height-Connector that allows you to adjust the length of the FLIR One connector so it can connect to most phone instances, eliminating the problem of removing your case before use.

FLIR One also includes the USB-C version for Android, so Android users can flip the camera in any direction, whether you want to take a picture of an object or take a thermal selfie (a ‘thermie’).

The FLIR One Gen 3 is powered by its rechargeable lithium-ion battery, which is good for one-hour use. It charges with a usual micro-USB charger and can fully refuel in about 40 minutes.

Flir One runs from its battery and doesn’t filter the ones on your device. When idle, FLIR automatically switches to low power mode to increase battery life. The fully charged battery worked for several days without recharging.

The Lightning connection is reversible, so iOS users can plug the device into a forward or backward facing device depending on what you need to see.

The emission of both models is adjustable for calculating an object’s infrared emission – especially important for accurately measuring temperature. FLIR ONE offers even greater flexibility by providing an adjustable position and spacing through the updated app.

This helps expand the variation of the color palette (there are many of them) to the areas that are most concerned.

The third-generation FLIR ONE is the best design innovation for an adjustable connector. And the thumbscrew is permitting any device with or without a link to go in or out of the connection plug. Future applications of the same device do not require adjustment, and the connector will retain this setting.

The advanced FLIR One will also let the camera be switched from front to back in iOS (Lightning), Android (USB-C) configurations and Android (MICRO-USB).

The FLIR ONE Gen 3 is the cheapest thermal camera accessory you can buy and is ideal for casual entertainment. This is the level of performance that low-cost device offers, which is considered adequate by many professionals and goes beyond the expectations of most DIY enthusiasts and home users. The third-generation FLIR One camera is worth a huge upgrade over the previous version and well worth the price for economical thermal imaging.

I hope this information is worthwhile and useful for you to select the best thermal imaging camera for your needs. 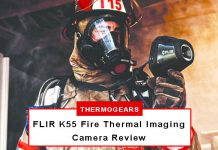 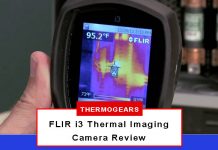