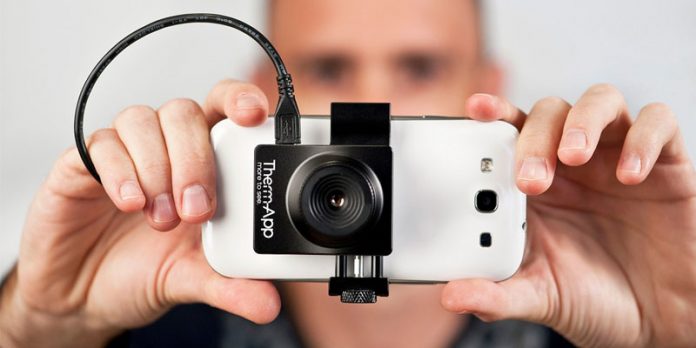 A thermal imaging system is always a superior gadget that bestows the user with the contentment of investigating a scene. Of course, thermal imaging cameras have a variety of uses like investigating fire accidents, hunting, and surveillance, find missing pets and kids, detect leaks in pipes, find out hot electric wires, etc. But does it work? That’s very simple.  Unlike an ordinary camera, thermal imagers use a different technique to capture the scenes in front of it.

All objects on earth emit infrared radiations in the form of heat and they vary from each object. This unique radiation from every object is termed as the heat signature of that object. Thermal imagers have a thermal sensor that is capable of picking the heat radiated by each and every object in front of it. The variations in the heat of the objects are captured by the sensor in the thermal imagers and sent to the electronic circuit inside to show the image on the screen.

Unlike an ordinary camera, the thermal imaging camera produces images in a palate of colors like red, orange, yellow.etc. There are also thermal imagers to display images in two or more palates. But, these thermal imagers are big sized cameras that are extensively used by the army personnel, firefighters, etc and so normal people always don’t intend to carry such a heavy in the hand.

Instead, they need it somewhat compact and weightless. In order to satisfy their demand, common thermal imagers were manufactured in a very small size which is almost used as a smartphone accessory. These handy devices can be simply connected to the android phones and from then your android phones can serve as a thermal imager. In this article, I have listed the best top-ranking thermal imager products which shall be greatly helpful to the readers.

Seek thermal organization has been an esteemed organization that focuses on the manufacture of the thermal products especially for professionals and engineers. The Seek thermal compact imager is a smart and handy device that has a good affinity with a great number of android mobiles. It uses a high range of pixels which is more than 32000 and so the precision of the device in picking the heat signature of an object shall be exceptional. 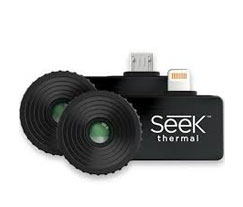 Any optical device posses a parameter called the field of view. The Field of view angle is the visible area that can be seen by the user through the optical device. On that account, the field of the angle of the Seek thermal compact imager is around 36 ° which provides an adequate angle of vision to the user. This compact gadget has a camera at one end followed by a rectangular body that ends up in a male USB port. The size of this thermal imager is very much similar to that of a pen drive and so it can be integrated very easily to your android phones. The lens used in this thermal imager has the feature of adjusting focus which helps the user to get a clear-cut thermal picture of the scene in front of him.

Further, this cute and tiny device has an unbelievable range, such that it can even receive the heat signatures at a distance of 1000 feet which is really a long-range. Hence, the user can be able to see any animal or thief before 1000 meters itself, and so capturing them shall be easy, even if they hide on the outskirts of your home. Moreover, this Seek thermal compact imager can operate at a temperature ranging from -40° F to 626° F which shall really be an amazing feature in this cute little device. Due to these user-friendly features, this thermal imager comes with the protective case which houses it.

FLIR ONE Thermal Imaging Camera uses the recently evolved multi-spectral dynamic imaging technology it is a device that is not available in any other thermal imaging camera. As we know, an ordinary camera has a good affinity for all the visible colors. But, the thermal imaging is different; with them, you can find out a person who is several meters away from you. Unfortunately, you cannot identify who that person actually is. So, FLIR came up to emboss the visual image over the thermal image to produce a better thermal imaging technique and such a cool method is incorporated in this FLIR ONE Thermal Imaging Camera. 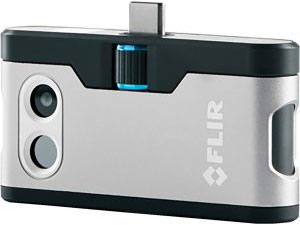 It is very much similar to the size of a normal camera which is reinforced with the USB connector on one side with which it can be interfaced with the android phone. Apart from capturing pictures, this exquisite gadget can record videos and also it has reinforcements to share those photographs with your family and friends in social media. This comfy device due to its robust architecture shall be greatly useful in the department of the military.

Apart from that, it can also assist you to use your smartphone as a high-quality thermal imager in no time. FLIR ONE Thermal Imaging Camera can be used in pitch darkness also and its performance shall be really awesome. In other words, it can be the third eye of the humans which is to be used in times of distress and power cuts. But, it is to be noted that the FLIR ONE Thermal Imaging Camera is compatible only with the android phone which possesses the type- C USB cable. It is a low-degree limitation as most of the electronic devices in today’s world use type-A ports.

Therm-App TA19A17Q-1000 Thermal Imaging Device is a predominant device that provides you a completely different view about the thermal imaging technique. For your information, the Thermal app is the first organization to put forward the thermal imaging systems for android phones. Like any other thermal imager in the list, this thermal app has multi-color palates that portray various degrees of temperatures. 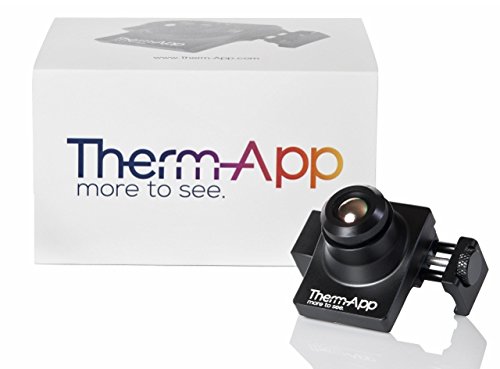 Further, the lens used in the Therm-App TA19A17Q-1000 Thermal Imaging Device has a greater diameter of 19 mm and therefore the field of view of this device is available in a desirable range. The lens used here is available in various sizes which includes 6.5mm, 13mm, 19 mm and 35 mm. This thermal imaging device has the feature of interchanging the lenses and so the user can use lenses of different focal lengths to capture images at various distances.

The sensitivity of the thermal is such that it can provide color differences even for the temperature difference of 1°F. Moreover, the Therm-App TA19A17Q-1000 Thermal Imaging Device is reinforced with the small clamping tool which holds tight on the lateral side of the Android mobile thereby securing the thermal imager at its place. Due to the tight fit to the phone, the thermal imager does not undergo any disturbance thereby producing an image of high quality. Therm-App TA19A17Q-1000 Thermal Imaging Device operates at a temperature range of -10 to 50 °C which is a desirable range of temperature.

For user's convenience we'd like to inform that, this particular product is unavailable right now, if it comes back to the market intimations will be given shortly for the customers by us.

Therm-App TAH68AQ Compact Thermal Imager is a handy and portable temperature sensing device that can be directly plugged into the Android mobile. Although it looks like a simplified normal visible camera, Therm-App TAH68AQ Compact Thermal Imager focuses on capturing a high-quality thermal image without any noise or jitter. Unlike any other thermal imager in this list, this thermal imager possesses a lot of color palates like rainbow, iron, hot red, cold blue, etc. which can be switched by a single click. 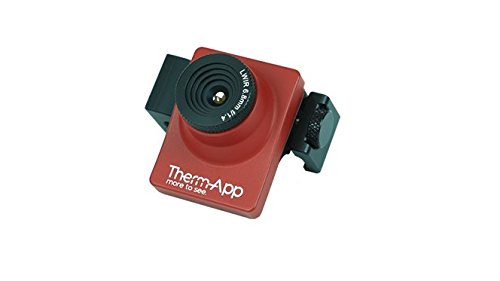 Due to the dynamic design of this thermal imager, they can be extensively used in a variety of fields like detecting fire accidents, pipe leaks, freezer issues, forest fires, etc. The operating temperature of the Therm-App TAH68AQ Compact Thermal Imager is from -10 °C to 50° C and so it can record even temperatures below zero and hence it shall be a useful tool in the cold countries for the surveillance of humans and pet. Also, it can also be used to find any person who uses the snow as a cloak to keep them concealed. Since it can sense the heat from a distance of 1000 feet they are used by people like hunters, rescuing personnel, auditors, marines, drones, etc.

FLIR 0100-01-00S FLIR Thermal and Color HD Camera is a compact device that has been newly introduced by FLIR organization. The size of this thermal imager is very small which is supported by two sensors.  It records the thermal and the color video of the scene and it can store it on an SD card attached to the device.

The resolution of the thermal imaging sensor used in the FLIR 0100-01-00S FLIR Thermal and Color HD Camera is about 160x 120 pixels whereas the resolution of the visible camera is about 1920 x 1800 whose clarity would be very much similar to a television. Like any other electronic device, this thermal imager works with the input voltage which ranges from 5 to 24 V. The MSX technology overlaps the visible image with the thermal image thereby allowing the user to have a clear idea about the scene in front of it.

For user's convenience we'd like to inform that, this particular product is unavailable right now, if it comes back to the market intimations will be given shortly for the customers by us.